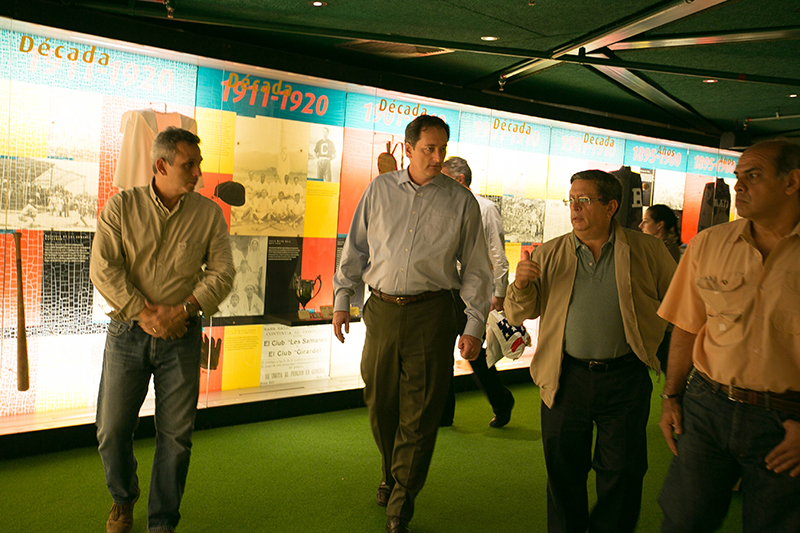 Fulfilling his promise to return to the Baseball Museum after an initial visit in September of this year, U.S. Chief of Mission Lee McClenny returned for a second visit to see the museum’s fully renovated Hall of Fame and marvel at the collection of baseball legends in the newly-remodeled space.

During his visit, Mr. McClenny told directors of his earliest and fondest memories of baseball as a young boy, and also expressed his appreciation of the sport for which the United States and Venezuela both share a passion.

As a California native, the U.S. Chief of Mission has lived in various cities in the United States and abroad. However, his heart remains in his hometown of San Francisco, home to the San Francisco Giants and all-star Andres Galarraga.

Mr. McClenny was pleased to see such a variety and quality of new baseball items at the museum and hopes to return to see future exhibits and collections.

For more information on the Baseball Museum, please visit: http://museodebeisbol.com/